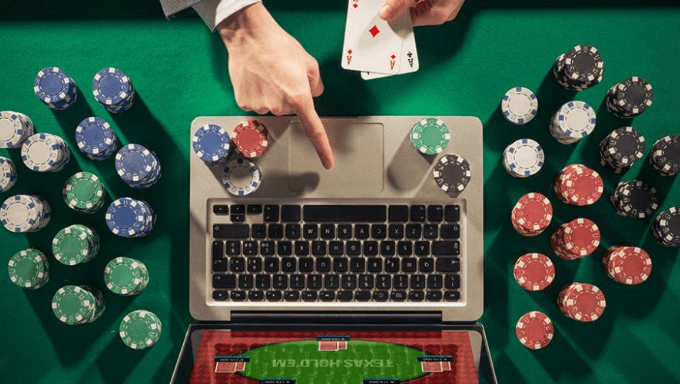 From the way things are looking, online poker seems to be doing very well in New Jersey. As the stats rise, the Garden State continues to generate big revenues. In this post, we’ll be taking a look at some impressive stats and figures achieved in 2019 and 2020, along with how things will be looking for the market in the coming months.

Online Poker in New Jersey Generates Double the Revenue in 2020

According to the stats released by the New Jersey Division of Gaming Enforcement, three licensed and regulated online poker providers in New Jersey – WSOP/888, PokerStars NJ and Partypoker US successfully managed to hit the $2.5 million mark in revenue during November 2020. Without a doubt, this is a huge milestone for the online poker industry in New Jersey, considering the fact that it is the highest value achieved throughout the lasted seven years.

So, let’s start this off by taking a closer look at the figures Between March and July of this year. Throughout this period, the NJ Online Poker market generated between $3 million and $5 million each month. When compared to these stats, figures fell short in October after the revenue hit just over $2.5 million.

That said, the total revenue generated in November is still extremely significant when compared to last year. If we add up all the poker sites, they only managed to hit the $1.5 million mark in November 2019. This all changed just a couple of weeks ago. In fact, the stats represent a growth rate of 61%.

So far, this year’s figures make up a record-breaking revenue of $35.7 million. Seeing as this year isn’t over just yet, experts predict that the NJ online poker market will also double the $19 million generated in 2019.

Check out the table below for a full list of figures:

Network Revenues During the First Eleven Months of 2019 and 2020

From these results, we can conclude that the WSOP/888 network displayed a significant growth percentage rate. From the $951K generated in October, the amount increased to $958 in November. On top of that, this steady growth rate of the network happened when the Fall Online Championships Series and Holiday Special promotions were also being hosted.

Finally, Partypoker NJ also achieved some great results. Following the rebranding of the US operations, this has been extremely beneficial to the NJ market. In fact, a tournament series is hosted every month. So far, the network has made $8.7 million, therefore, surpassing the $4.4 million made during the first 11 months of 2019.

This is extremely impressive because there has never been a year where the online poker market in New Jersey managed to generate over $30 million in a year. And yet, this target was achieved in September. If we look back at previous records, one of the most significant years is 2014, where all regulated online poker rooms managed to make $29 million in revenue.

Based on these stats, the WSOP/888 network (WSOP NJ and 888 Poker NJ) retained the number one spot for the sixth consecutive month, after it managed to generate a whopping $958,000 in November. That figure alone is enough to cover 40% of the market.

Below you’ll find a complete list of revenues that highlight the differences in the revenues generated in November 2019 and November 2020:

The Future Looks Bright – Events and Predictions in the Coming Months

Although November is usually one of the worst months for online poker, things are playing out quite differently this year. In fact, along with the staggering $35.7 million that were generated during that month things haven’t stopped there.

On the contrary, December is proving to be a very busy month for online poker enthusiasts. Following the success of the US leg of the $10K World Series of Poker Main Event that was hosted by the WSOP/888 network, an impressive $6.7 million prize pool was up for grabs.

And that’s not all! On December 27th, the Partypoker US Network is set to host the WPT Online Poker Open $3500 Main Event, where players are guaranteed to win $1 million in prize money. On that same day, PokerStars NJ will also be airing the  New Jersey Classic tournament, featuring a $100,000 in guaranteed prize money.

From the way things are looking, we can most definitely expect yet another groundbreaking figure by the end of December. In fact, casino experts predict that online poker revenues are likely to go over $3 million, therefore exceeding a $40 million total.

On top of that, we are expecting more players to engage in online poker rooms between the months of January and March 2021. What’s more is that there is a high probability that Michigan join the liquidity pool with New Jersey as soon as the market is legalized.

Without a shred of doubt, all these events and trends point towards one thing – New Jersey will most definitely hit the $2 and $3 million targets every month throughout the first half of 2021.